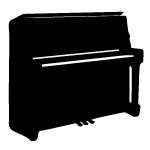 From Elton John and Billy Joel to Lady Gaga and Sara Bareilles, there’s no sure-fire showstopper like a talented singer playing a piano. West Side Music Academy can help you develop these talents together in styles ranging from jazz to pop. 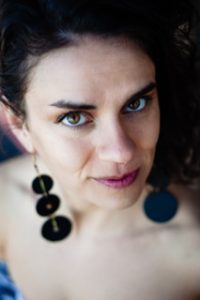 Sphie is a singer, multi-instrumentalist, performer and recording artist. One of her works, an EP called “Limitless Extraordinaire”, explores many diverse spectrums of rhythm and instrumentation. Music is her love language, one that she began speaking at an early age.

When Sphie was a little girl, she listened to her favorite singers and wanted to discover her own unique expression. Piano helped her understand the fabric of music theory and technique; it began to compliment her dreams and influence her goals as a vocalist. Music also helped Sphie explore her body as a resonator of art, inspiration, and connection.

Sphie was trained from an early age in classical opera, musical theater and piano; she also had a thriving curiosity in improvisation, songwriting and pop performance, crafts that she nurtured on her own. The the McNally Smith College of Music in the Twin Cities, Sphie studied under many renown musicians, including Judi Donaghy (jazz vocalist), Lori Dokken (singer and pianist), Sean Turner (composer), and Chopper Black (producer).

Today, Sphie helps students explore all channels of their creativity, in song, performance, and multimedia. She loves intertwining improvisation, jazz and ear training while also offering knowledge in pop performance from an entertainment perspective.

In addition to private vocal, piano and performance lessons, Sphie generates curriculum for inner-city music programs. Her goal is to enhance and enrich creativity within young minds and nurture compassionate creativity in people of all ages.

“I listen to a lot of production, cinematic and orchestrated music. However, I love all music of all varieties and feel inspired by the creativity expressed by all. “

“I enjoy playing festivals and have several memories of playing various festivals nationwide that resonate. I love sharing the stage with other conscious artists and being a part of the journey and transformation that can take place in that time.”

“I love the family-like atmosphere of WSMA. It is a professional environment where I feel that I am building roots in my community. I love being a part of an intimate environment that encourages love, nurturing and compassion while building a solid music foundation. I love feeling respected for my talents and what I offer in music education while being able to offer the best of me to my community.” 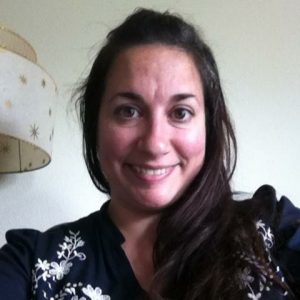 Cheli grew up in a home where music was always being played. Whether it was her Mom or Grandma playing the piano, or someone listening to and singing along with one of their favorite albums, music was a source of joy and connection. After her second grade teacher taught her the song “Heart and Soul”, she begged her mom for piano lessons. From the age of 8 on, piano has been part of her daily life. She will happily contribute harmonies to any song, at every opportunity.

On Cheli’s Stereo:
I love anything with awesome vocal harmonies. Stevie Wonder, I never get tired of him. I really enjoy listening to Motown, jazz, indie pop, old country, 70's punk and glam rock also some hip-hop & techno.

Favorite Gig:
I once played a show with Mannequin BBQ; the gig gave me the opportunity to teach at WSMA. I love it here!

Why Cheli Loves West Side Music Academy:
I love it when my students play a piece or sing a song and excitedly ask, "What are we gonna learn next?!" 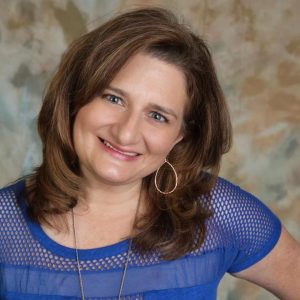 Kari started playing piano at the age of six, and at her mom’s insistence, never stopped. By 10, she was also singing and playing French horn; as her talent blossomed, so did the opportunities to travel and perform around the world.

Kari sang in her high school’s award-winning jazz choir and then earned a Bachelor of Music in vocal performance. Her studies involved a two-year conservatory, choral work, conducting, two solo recitals, musical theatre and operetta, accompanying singers and theatre productions, and vocal coaching. For a brief time, she played the French horn in one of the school’s wind ensembles.

Kari was a member of The Blue Hill Troupe in NYC performing concerts, operettas, and musical theatre productions throughout the year. She performed in China (cabaret), England (cabaret and operetta) and NYC (musicals and regional theatre). Along the way, she studied under several Juilliard-trained professionals, including pianist Barbara Glick and vocalists Marianne Weltmann and Eileen Schauler. Kari sings and plays at church as well; this work nurtured her ability to transition from classical piano by playing off the lead sheets.

“One of my proudest accomplishments and experiences was performing in the Broadway North American tour of Evita, directed by Tony and Drama Desk Award nominee Larry Fuller. Playing Meg in an off-off Broadway production of Brigadoon was also a lot of fun.”

“As far as teaching, I once rearranged half a song for a child with special needs; watching her shine was priceless. I was also able to work with a number of kids in NYC and New Jersey who were considered at risk – I felt like we impacted them as human beings as well as budding musicians and singers.”

“I love that there are all kinds of students playing all kinds of instruments! I think it's important to nurture the music that is inherent in all people and WSMA is most assuredly doing that! Also, the owners are pretty cool...”

• Our 2022 Summer Camp schedule is available.  Please email us for more info or to sign up!

• WSMA has teamed up with Metropolitan Music for rentals. Fill out the rental form here and pick up your instrument in West Seattle.